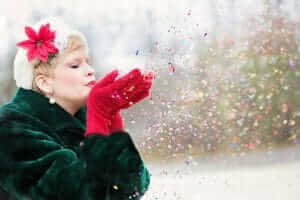 The little soul felt ready for a journey.

She had been a little stuck recently. And needed to get some air under her wings.

For the soul, there are many different realities all happening at the same time.

Sometimes it is necessary to take flight and have a look at things from a different perspective.

This time the soul wanted to get up high, and have an overview of the bigger picture. She also had a feeling that there may be something that She had forgotten up high there, some time ago.

So this little Soul placed an image in her imagination.

Inside the basket was a colourful and cosy area with cushions and blankets and a bunch of snacks! Just the right set up for an adventure into the skies.

The Soul lit the fire in the hot air balloon and sat down, lifting the ropes that had held the balloon down. This was her way of travelling far up into the skies, beyond the clouds, through the mists and into the deep dark blue that came after that.

She began to see the stars.

In those stars she could see some lights that sparkled and shone especially brightly. They felt like home somehow. She imagined the hot air balloon coming closer and closer to those particular stars, so close, that she could feel them inside her, like music pulsating through her whole being.

She knew these stars.

She had been here before.

There was something here that she could bring down this time, and she was wondering what it might be. Every so often it is time to bring another special light down to the earth from up in the heavens. The little Soul could feel that it was one of those times. Something here would help her on her current journey on her life on earth.

So She melted herself into one of the stars and absorbed the colour of that star, a kind of misty pink hue. With that colour came images, sounds, feelings and skills that would help her with what she was experiencing on earth, right now. She suddenly felt like there was a lot to do down there!

So it was that the little Soul felt ready to make her journey back down to earth, enveloped by this new misty colour that began forming a milky way like path down to earth, which the hot air balloon followed. The Soul could see how this new colour was lnding in her home, in her life and in her human heart. She could feel that some new information had become available to her and that now she would know better what steps to take next.

The hot air balloon landed on the ground, and the little Soul floated out and away, coming back to herself and to her human life, which was exactly where she had left it, since this type of journey happens in fractions of seconds unimaginable to our human mind, and it happens in this multi-dimensional way that souls know all about.

And so, the little Soul went about her day, feeling just a little bit lighter, and quite inspired!